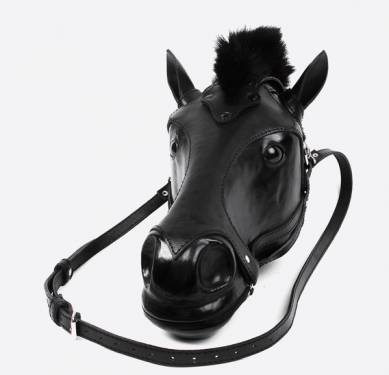 A horsehead-shaped bag designed by Bob Basset features in the video for “Khozyain” by the band Nikita.